A new way of getting around by bike in Milan

Swapfiets is the long-term rental company that makes design one of its strengths. Founder Richard Burger tells us about it.

It has been dubbed the Netflix of bicycles. Swapfiets, a Dutch start-up company founded in 2014, is now present in all major European cities and is the first long-term bike rental company. From a design point of view, Swapfiets bicycles do not go unnoticed: they can be recognised at a glance by their iconic blue front wheel. The strengths of the service? Free delivery, service within 48 hours and the option to cancel at any time. All managed via the app, of course.

Swapfiets has a total of over 260.000 users in the Netherlands, Germany, Belgium, Denmark, France, Italy, Spain, Austria and the UK.

To find out how the intuition of a group of friends turned into a successful project we caught up with Richard Burger, founder of Swapfiets, Sustainability Director. Burger leads the brand's vision to become a climate neutral company with fully circular products by 2025.

Let's start at the beginning. How did you come up with the idea of producing a bike for long-term rental through an all-inclusive subscription?

We started Swapfiets when two other founders and I studied at the Delft University of Technology. We're road cycling enthusiasts and for a while, we were playing with different cycling-related business ideas. After some time, a simple realization came to us. While most people ride bikes in the Netherlands, hardly anybody enjoys fixing and maintaining them. To a point where people would rather continue riding bikes with broken lights or unreliable breaks than take care of it. Add to that the costs of repairs and hassle of having to go without a bike for a few days while it is being fixed. All that gave us an idea of a bike subscription, where we offered bicycles as a service for a fixed monthly fee. You get to ride the bike, and we take care of everything else.

Is it correct to say that Swapfiets gained a market share by bridging a gap between purchase and rental?

You can put it like that or say that Swapfiets subscription is a new way of owning a bike. It has a lot of benefits of ownership and none of the downside. You get a high-quality bike. It's there for you; you can park it anywhere and don't need to share it with anybody. At the same time, you don't have any of the owner's responsibilities and risks. We remove all the frictions from experience - no upfront investment, no hidden costs of repairs and maintenance and coverage for the risks.

The subscription model is no longer only for digital products, as it allows people to pay per use and own less stuff and it works really great for bicycles.

From a design point of view, Swapfiets bicycles stand out at a glance because of their blue front tires. Would you like to tell us how the idea came about?

We came up with this idea in the company's very early days. We wanted Swapfiets bikes to be recognizable in every bike rack and on the streets to get word of mouth going, and it worked. We chose the blue color because Delft, the city where we studied and lived, is famous for Delft's blue pottery produced there since the 17th century. The decision to have only one wheel in blue was also practical: it would have been a waste to throw away perfectly working black tires. 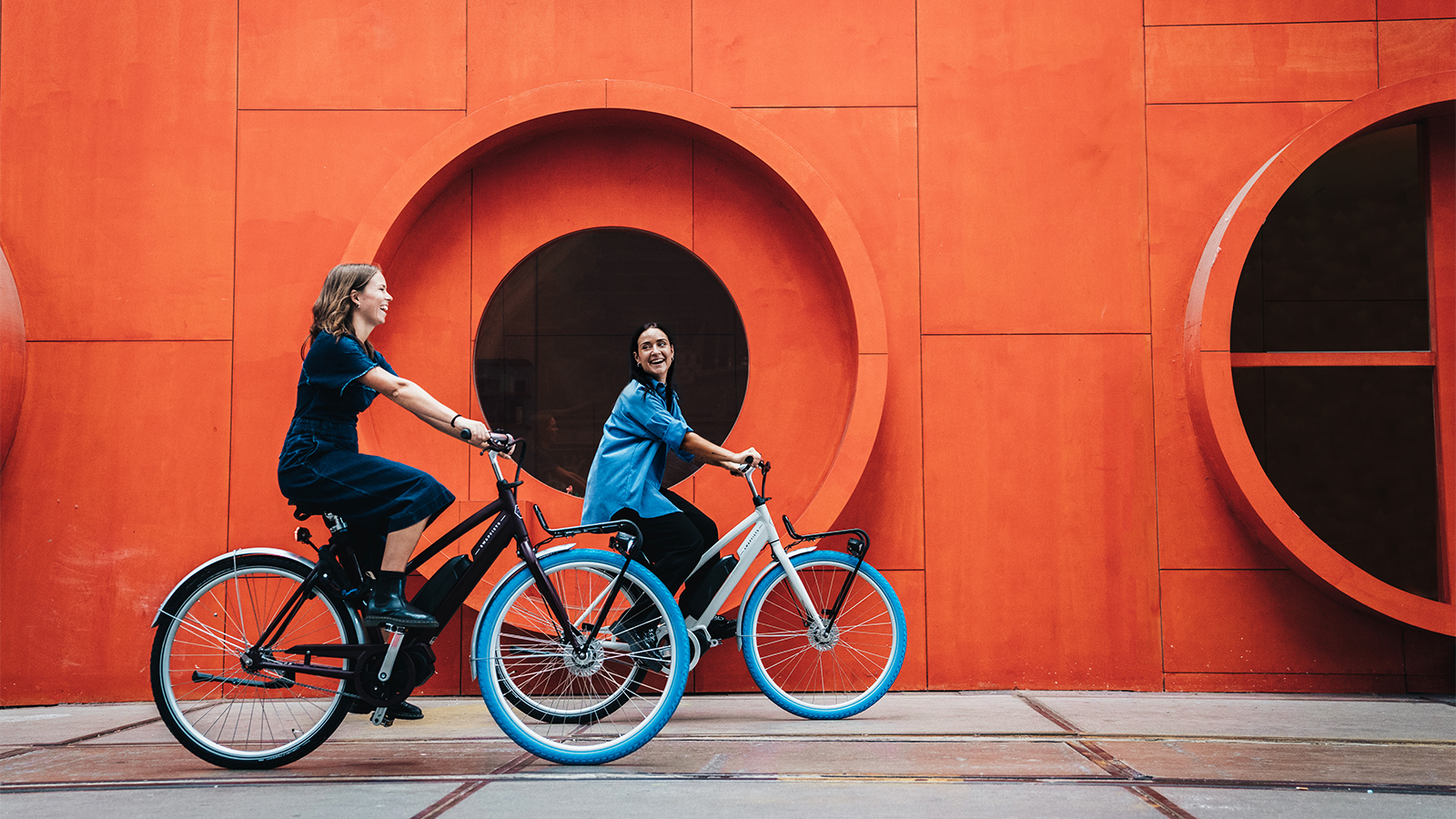 How important is circularity to you?

It is one of the core ideas of Swapfiets. Circularity is embedded in our business model: our bikes go from one owner to another and never go to waste. Plus, we have an incentive to optimize our bikes for a longer lifetime and easy repairs. The longer they last, the less they break - fewer costs for us. We strive for less hassle for the member, less cost for Swapfiets and less impact on the planet due to illumination of waste and environmental savings on things like transportation. It is a win-win-win situation. That’s why we go for circularity.

We made significant improvements with all the knowledge we gained from repairing our bikes. On average, our bike comes back for repairs three times less frequently now than when we started. But we go even further than that and push to close the material loop to create 100% circular bikes by 2025. Because of our abilities to reuse,  repair, remanufacture different parts, our Swapfiets Deluxe bike is already 88% circular.

Swapfiets has been in Milan since 2020. Due to the pandemic, the city is promoting soft mobility by implementing green areas and new cycle paths. Are you benefiting from this increase in demand?

Pandemic put micromobility and cycling into focus. People want to have an easy and more enjoyable way to commute and get around. It's encouraging to see cities pledging significant investment and developing cycling infrastructure. Without a doubt, we'll see benefits of these changes and increased demand for our service.

A question about the target audience of your service. Who chooses Swapfiets?

Anyone who wants to use a bike regularly for commute or just getting around the city. The majority of our customers are young professionals who live in big cities. They value the freedom and flexibility of cycling and its sustainability and cost-saving benefits. 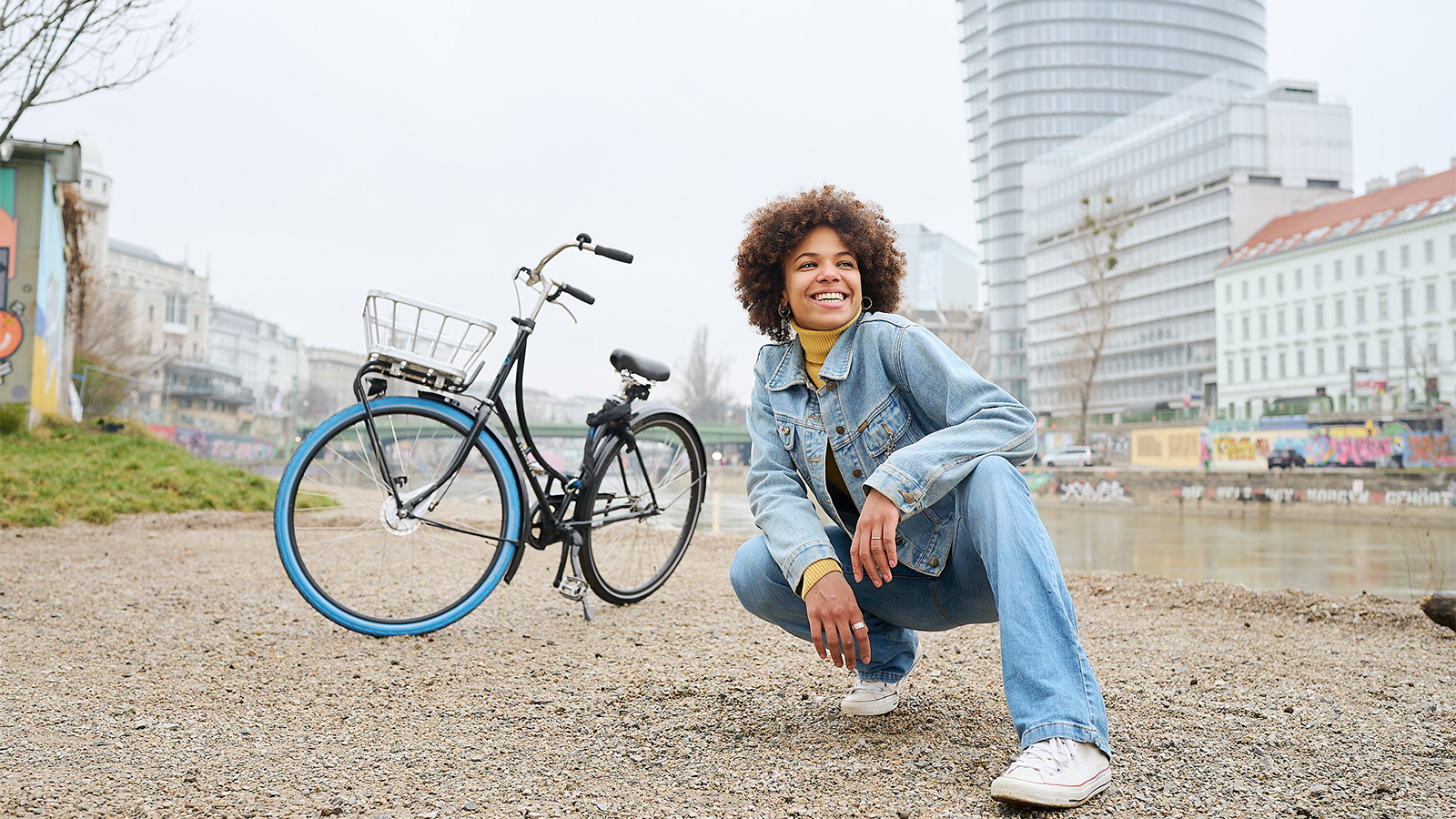 Swapfiets is present in all major European cities. Are you planning new expansions?

Right now, we're focusing on reaching full potential in more than 60 cities across Europe where we are already present. Paris, for example, has been completely transformed in the last two years in terms of roads infrastructure, and there is ample opportunity for us there as well in the cities like Milan and London where the real cycling boom is yet to come.

From Japan to Milan: the handicrafts of SUGIYAMA Seisakusho

SUGIYAMA Seisakusho is a Japanese furniture manufacturer pursuing "the possibilities of iron" with its "iron furniture" lineup.  They will hold their first exhibition in Milan at Fuori Salone in 2023.

SUGIYAMA Seisakusho is a Japanese furniture manufacturer pursuing "the possibilities of iron" wit...

An all-round collaboration: from the kitchen to classrooms with Milesi

With the 2nd edition of the Milesi Talent, the company continues the educational path with the students of Art Wood Academy.

With the 2nd edition of the Milesi Talent, the company continues the educational path with the st...

Fuorisalone Prize 2022: the winner is "Divided Layers" by Kohler

The project created by the American artist was honored with the award that recognizes the most memorable installations of Milan Design Week.

The project created by the American artist was honored with the award that recognizes the most me...

Atlas Concorde revolutionizes the concept of the collection with Boost World

Boost World, and offers a system of porcelain and wall tiles that brings out the potential of any project.

Boost World, and offers a system of porcelain and wall tiles that brings out the potential of any...

"Retain & Radiate": the virtual exhibition by Second White for Fuorisalone 2022

Buildings and works that can be replicated in our era of digital transformation are reflected in surreal landscapes that combine second-white technology and metaverse technology, from June 5.

Buildings and works that can be replicated in our era of digital transformation are reflected in ...

In the short film by Francesca Molteni, technology inspires a tale between reality and imagination.

In the short film by Francesca Molteni, technology inspires a tale between reality and imaginatio...

Between a work of land art, a mini-architecture, or an enormous design object. This is “Perspectives”, the installation designed by Ferruccio Laviani for the  Lea Ceramiche Milan Design Week.

Between a work of land art, a mini-architecture, or an enormous design object. This is “Perspecti...

Thingram: Cotto D’Este plays with the thinnest ceramics in the world

On the occasion of Design Week, the Italian brand presents StarLight and Advance Skin: a second skin for wall coverings and flooring without limits and boundaries.

On the occasion of Design Week, the Italian brand presents StarLight and Advance Skin: a second s...

Comfort and conviviality are the keywords of the installation designed to live the outdoors in complete relaxation, located in the courts the Istituto Lombardo in Brera.

Comfort and conviviality are the keywords of the installation designed to live the outdoors in co...

An installation blending materials, design and sustainability that interprets the theme "Between Space and Time."

An installation blending materials, design and sustainability that interprets the theme "Between ...

Chiara de Rocchi’s latest show titled “Journey” draws inspiration from the artist’s journey between Istanbul and Milan, making references to not only the idea of physical displacement but also to the idea of an individual journey within.

Gaggenau presents ‘A Statement of Form’, only at Milan Design Week

Gaggenau’s immersive installation will explore the balance between tradition and progressiveness, materials and craft, haute cuisine and ingredients.

Gaggenau’s immersive installation will explore the balance between tradition and progressiveness,...

In the lively Tortona District, Casavo has created a space for pondering life, the changes we have experienced, the changes to come and the things we take with us from house to house.

In the lively Tortona District, Casavo has created a space for pondering life, the changes we hav...